Tonight's pun song from Greg is to the tune of Mary had a little lamb!

And then, being the punny guy he is, Greg said, "Sounds like a knotty girl and naughty boy to me." hee hee!


Speaking of sleeping with stringies! Here's my boy in his usual sleeping spot. 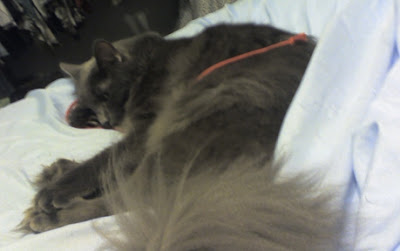 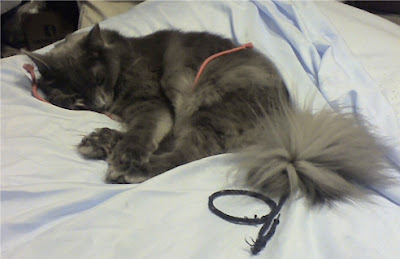 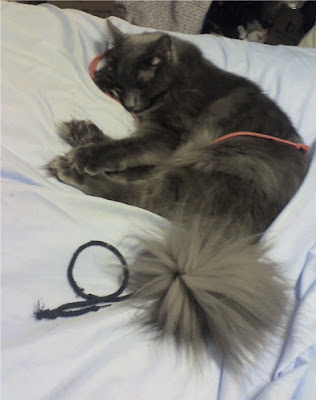 Oh, more Leo sleeping with this stringie? Wait, look closer... That's not Leo! That's Star sleeping with the stringie! How did that happen?? No idea, but it's just as cute, isn't it? 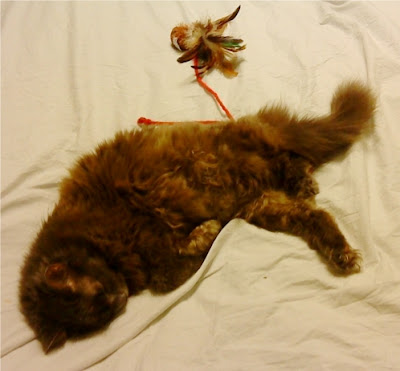 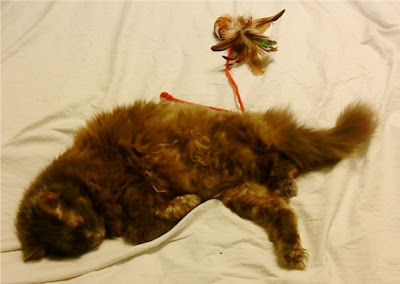 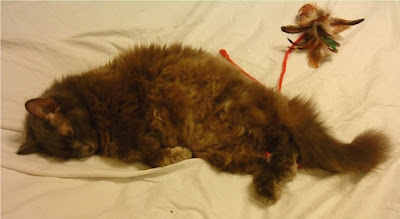 I'm surprised Star got near that string, since Leo loves it so much!

Leo and Star seems to love sleeping on the stringie - maybe they'll have to get a stringie each so there's no arguments at nap time!
Luv Hannah and Lucy xx xx

Well, you can't have a string close enough at hand when you wake up from a nap!

They look so peaceful and cute, you just want to snuggle next to them!
Carine (Texas' human)

Great pun song! We are gonna hafta get a thick stringie to try out playin with. Thats something we HAVENT had!

Now we're humming. We lubbed the pictures, though we protest that Leo got to be in the "good" pictures and Star got the 2nd-rate shots. It's an outrage.

There's nuffing sweeter than a sleeping kitteh, is there?

Oh kitties, you both are so sweet! We like your song! Have a great weekend folks!

You two love stringing your people along!! Heehee. Too cute that you both like to sleep with your stringies :)
Tell your Mama that when we visit lately, we can't find the comment button. What's up with that?!

You two love stringing your people along!! Heehee. Too cute that you both like to sleep with your stringies :)
Tell your Mama that when we visit lately, we can't find the comment button. What's up with that?!